January 23, 2016
Truth - Falling back may very well be exactly what you need to do before you surge forward. Thinking of all the things and processes in life that take their time gathering up their potential energy before flying forward brings the sentiment to mind. Arrows being drawn back in a bow,  undulating waves coerced by the pull of the moon, or even a stockpile of wood being gathered only to be set ablaze with a single match - the metaphor works on so many levels. Often times regrouping is viewed as a sign of defeat but it is what follows that makes all the difference between disgraceful failure and a cunning  counter attack. It's time to master the art of the retreat.

"In order to understand the world, one has to turn away from it on occasion." Albert Camus 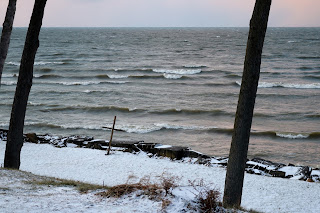 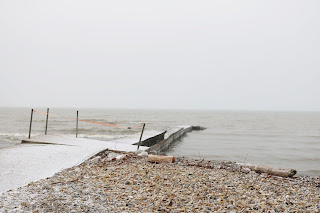 When I think of retreat's I think of movie scenes and montages where the protagonists are being overwhelmed in battle and must gather their remaining forces to restratigize. The enemy might declare victory but that assumption is grave mistake in the making. It is right when the enemy thinks they have succeeded in their conquest that guerilla tactics combined with the revitalized spirits of the down trodden create an unstoppable force to be reconvened with. How is it possible that the side with so few troops, little direction, or minimal resources is able to capitalize upon weaknesses and deal deafening blows? It is the retreat that is the most pivotal part of the battle. In retrospect, you could apply the analogy to the majority of plot conflicts and see it be proven true. It is the rallying after a difficult swashbuckle that ultimately leads to the climatic success.

Take the concept and glean from it some real world utilities. To retreat is to do so many things, the least of which is to give up. Sometimes we have to take a timeout, figure out a new play, approach our problems in a different way, and re-enter with a renewed fervor. All of those aspects of the process are crucial. In particular the energy rejuvenation is absolutely imperative. It takes a distinct perseverance to endure what we often must but all that is asked of you is to weather the onslaught long enough for your opposition to give up. To counter with rethinking the limited resources you have been granted, the building of a coalition of like-minded people, and had final battle cry is all you need in some cases to see change happen, enemies fall, and victory declared.

This past weekend I had the opportunity to go on a three day social justice infused diversity retreat. These retreats are powerful experiences for me that serve as reminders as to how to approach the issues both individual and societal that I face. It also lets me know that I am doing exactly what I am most passionate about especially in connecting with other people who have a similar investment in humankind, equity, and inclusion. The time there is a different kind of emotional tax but I always leave refreshed, armed with new ideas, and backed by new allies to take on any social problem that is all around us. Most influential remains the storytelling portions where persons share their experiences both positive and negative. It is so deeply moving and reinforces how strongly I believe that voicing experiences is hands down to the most potent thing someone can do. Those stories are undeniably subversive super weapons that can be used to disarm oppressive systems, institutions, and individuals just with the simplicity of words and emotion.

The group I went with was diverse is every way possible and we took time to recognize that diversity is just the acknowledgment of difference. It a definition based on perspective. As in someone is different than you, and the reverse is also true with you being different from them. The relativity of normativity is crucial to understanding difference and moving to celebrating instead of fearing it. From activities, dialogues, and time just to sit and listen to others, all those present engaged in a special place. It was one from free outside distractions and removed from but still cognizant of the larger ramifications of the privileges and forces that come with the ways our social identities have been made to interact. While we may have been physically distanced from our home base of a college campus, the implications nonetheless were always apparent. Are we aware of what is going on in the world and our society? If so, what do we do with that information? How does it impact us? Is that impact positive or negative, and how do empower or silence others? The thing that stands out to me most is the importance of learning how to convey your stories. The raw authenticity of them moved me to tears. If you can wholeheartedly to listen to what people have experienced, physically, emotionally, and psychologically, and feel nothing, then your privilege has overtaken your humanity, and all hope may be lost for you. Storytelling is a serious craft and one that we improve upon only if we have the courageous bravery to do so. Retreat but charge back into battle afterwards.

Retreat's can be seen as an escapist endeavor when it fact they becomes spaces where deep thought about the actuality of our lives can be done. It is a time a fully commit to self reflection and to speak powerful truths. It is where you see the bigger picture and can plan how you will go back into the world changed for the better. What did you do to change the world today? I challenge you to share a story with someone ... anyone you would like. Do so daily and push yourself to go deeper. Get personal and then most importantly ask them to do the same and listen with all that you are. That is how we dialogue across difference and bridge humanity. X
College diversity grad identity social justice society student affairs twenties