January 12, 2016
Truth - Each and every person has something they are particular gifted with. The greatest disappointment in life is not being able to discover what you're talented with and/or using it to the fullest of its potential. While some people are task oriented and can get things done others are cartographers, charting the path that gets those task runners where they need the be. Oftentimes those qualities are mutually-exclusive but what happens when those people collaborate or someone comes along who has been infused with both sides of a false dichotomy ... simple, foresight turns into dynamic action. You can argue you are able to do without having a plan, but having a plan and not doing anything with it comes to the same result. Both are necessary to see something through to completion. This is vision.


"Visionary people face the same problems everyone else faces; but rather than get paralyzed by their problems, visionaries immediately commit themselves to finding a solution." Bill Hybels 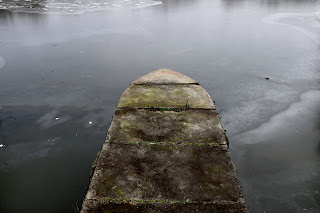 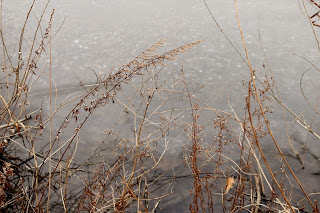 Throughout time the vision of a few notable people have become the stuff of legend. From the Pharaohs of Egypt and their construction of the gargantuan Pyramids, to the colonialist imperialist conquering of the African continent and the New World by the European empires, and all the world changing happenings in between/beyond, vision has been a key component in how the world has come to be. It has been the vision of great leaders from all walks of life that have made our world as diverse, innovative, and simple yet so complex all at the same time. Sometimes visions conflict and oppose one another. You could say the current presidential candidate race is nothing more than sound bites masquerading as full-fledged orated visions. Other times visions can be powerfully inspirational and help enact real social change a la the abolitionist, civil rights, and #blacklivesmatter movements. The visions however are nothing without the resources, tools, and action pieces that make them come to life.

Leaders often are those who are able embody both a distinct vision and the progressive steps to see that vision come to fruition. More importantly though are the leaders who empower their followers to have buy-in for that vision and reframe it as a shared one. Multiple people being invested in the same thing can make for some seismic shifts. Beyond that, the process of individualization through which leaders tap into the latent potential within those that band together with them. Figuring out what a person can productively contribute while reiterating how invaluable each and every person part of the cause is. Tapping in to the strengths of others around is not only an easy way to include everyone but also is tactful thing to do. People are more likely to go above and beyond when they feel like their ideas, opinions, and personhoods are valued . A good leader knows best how to adapt a vision, and join the rest of their followers in the trenches.

This week kicked off with another session of volunteering with Big Brothers, Big Sisters. I rolled out of bed only to find out the city had become a winter extravaganza overnight. I spent a solid 20 minutes combatting ice and snow as I scraped, brushed, and wiped my car down. I cleared off the windshield, side mirrors, and rear before taking off. Along the way I noticed so many people were up and about walking or waiting for public transportation. The 12 degree temperatures were absolutely no help either. Seeing people getting after it and doing what they needed to survive served as a reminder to look around more often, broaden my expanses, and to pay attention. I thoroughly despise the idea of seeing others with less being used as inspiration or cause for gratitude in spite. I believe I should be able to appreciate what I have been afforded and blessed with for the sake of what it it, not because it is a comparison to what others might not have. I don't have reason to complain because in the grand scheme of things I'm remarkably well off and the "hardships" I face are always manageable. To me those are grounding standalone facts with their own verisimilitude regardless of the context in which they otherwise might be compared.

Volunteering is definitely the highlight of my week every time I am able to do it. This session started with a meeting of the power players for the program. It was then that I finally realized the larger scope and greater significance of what this program could do to revolutionize a community/serve as a model for other school districts as well. The superintendent, and leadership of the three organizations involved explained how this idea came about and gave insight into their vision for the future. In short, mountain moving effects are expected. The kids I get to work with are truly remarkable in so many ways. We did a who am I activity and it was interesting seeing who each one of us thought we were compared to how others saw us show up. Even here the breakdown of who was more of an idea person and those who were more likely to be making things happen came out. The kids noted that somehow I happened to be both and that they saw me as an example of a leader who not only has a plan but the ability to get everyone involved in bringing it to life.

My vision for the world, or at least, the minute sphere of it that I get to live in is one where education serves as the central hub for a community. It is where young people learn the importance of civic engagement and building relationships with others while discovering their talents and abilities. It's one where those young people proceed through their education with minimal systematic and/or institutionalized barriers. They are both willing and able to use their gifts to help their community and move everyone forward progressively. It's place where dish cocoons and debate take place respectfully but action comes of it all a well. It is most of all a place that values each and every person for who they are and seeks to tap in to their inherent worth. That's my vision for my community - what is yours? X