Showing posts from July, 2013
Show all

To Sext or Not to Sext

The 20s are all about letting your freak out and getting your freak on. We're young people and we have to be real and say that heck yeah we're an angst-ridden pretty much down for whatever, whenever, wherever. When it comes to getting naughty on the net, using apps for hookups, or plain old sending revealing pictures to your objectification flirtation recipient, it's what we do, no more than ever. Are people actually taking bathroom selfies, going bra-less with boob tape, and snapchatting uncensored pics? To sext or not to sext, that is the question. Former President Bill Clinton's famous quote, "I did not have sexual relations with that woman [Monica Lewinsky]" is one the best lies heard round the world. We all know he did it, and even Hilary knows he did it (Hilary 2016, never to old to be a badass politician) but still he's one of the most well liked president's by our generation (probably because we started with him and we've only lived
Post a Comment
Read more

The 20s are all about writing the script to your own life. Unbeknownst to most people, you have control over what you say. People act like there's cameras following them around watching their every move and recording their every word (okay, that may or may not be actually true but that's besides the point). You're responsible for yourself. You may be the star of the reality that is your life, but it's unedited. This isn't scripted reality. Reality TV is one of the most American things out there next to our Kraft Singles cheese, Manwich sloppy Joe's and unsightly distrust for our super shady wire-tapping, computer hacking, phone eavesdropping government (NSA leak shade thrown). Our culture is obsessed with celebrities. We love to see people start from the bottom and rise to fame, but evne more so do we love watching people fall off the pedestal we put then an shatter in a like a bajllion pieces. Reality TV meltdowns are absolutely legendary, crazy people lite
Post a Comment
Read more

The 20s are all about sticking to your laurels and going with what you know. Religion is a big part of our lives, whether we're aware of it or not. Everyone, even those who don't believe in religion (which doesn't make sense, because it exists regardless of your denial of its actuality) have religion. Religion is the basis of how we function. It's our daily rituals, our morality, and the basis of our opinions. Everyone and I mean everyone has their own personal religion. The hardest thing I found about college was figuring out how to answer people's questions about my lifestyle. My college is so liberal that any mention of religion, much less being a Christian gets you the "oh you're that kind of person" looks and exclamation. So I'm going to stop you right there. Contrary to popular belief it is possible to be educated and have faith in religion but even more so a higher power, and in my case, namely big G aka God. Not all religious people ar
Post a Comment
Read more

The 20s are all about getting friendly. Everyone has their friend they're so close with it's like they're dating, but not really (reasons why you both don't care that you're single). You're kind of weird with each other, like a little too comfortable with one another. You do everything together and kind of obsessed with one another. You really don't care what people think of your friendship, because you know that person has always got your back. You may or may not be in a brolationship. Get your status checked. It's kind of self explanatory but if I must get all technical. Brolationship - noun  - a friendship between two guys where they are in constant contact or spend all their time together and are ridiculously comfortable with one another to the point where the l-word could be implied; synonyms: bromance, best friends. Currently in a serious long distance brolationship with a one Jeff aka my college bromance. All jokes aside, I can wholehearted
Post a Comment
Read more 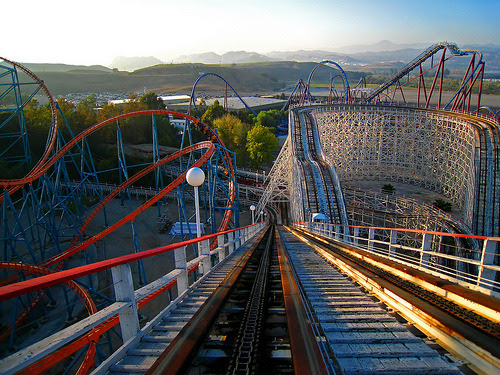 The 20s are all about conquering your fears. We all have these things that just get us. They hold us down, keep us crippled terrify the living daylights out of us. It's trepidation, it's apprehension, and just plain being scared shatless. When you're able to do/say something you never that possible, that's when you've overcome your fear. It's that moment right before you take it there when you hit vertigo and make advancements. Everyone has something they're afraid of. It's what makes us human, and especially twenty-something. Maybe it's that you'll find love, get your dream job, or that you'll ever be able to pay back your student loans (Sallie Mae can really just take several seats). For others it's heights, insects, or tight spaces. Whatever your fears are, they can have a profound affect on your life, usually for the worse. When your fears stop your from moving on or achieving your goals, that's when you've got a proble
Post a Comment
Read more
More posts