To Sext or Not to Sext

July 30, 2013
The 20s are all about letting your freak out and getting your freak on. We're young people and we have to be real and say that heck yeah we're an angst-ridden pretty much down for whatever, whenever, wherever. When it comes to getting naughty on the net, using apps for hookups, or plain old sending revealing pictures to your objectification flirtation recipient, it's what we do, no more than ever. Are people actually taking bathroom selfies, going bra-less with boob tape, and snapchatting uncensored pics? To sext or not to sext, that is the question.

Former President Bill Clinton's famous quote, "I did not have sexual relations with that woman [Monica Lewinsky]" is one the best lies heard round the world. We all know he did it, and even Hilary knows he did it (Hilary 2016, never to old to be a badass politician) but still he's one of the most well liked president's by our generation (probably because we started with him and we've only lived through 2 others so far). It just goes to show you that little sexual indiscretion can go a long way. What is it with people, celebrities in particular, that makes them think keeping naked pictures of themselves on their phones is a smart thing to do? I'm looking at you Vanessa Hudgens, Bredon Villegas, Chris Brown, Paris Hilton and too many more. Most recently, Hunger Games star Josh Hutcherson's fully exposed frontal business was leaked onto the interwebs for nasty fan girls to freak over and the rest of us to cringe and wish we could erase images from our memories. It just seems so awkward to take a naked picture in the first place. In front of a mirror, usually in the bathroom, arching your body for the perfect (read extremely uncomfortable) position that best shows of all your bare naked assets. Holding your ass cheeks, and leaving just your pubic hair to be exposed is supposed to be enticing. It looks like the weed whacked missed the forest. Covering just your nips leaves little to the imagination. How can you really stand and take a picture of yourself like that? To me, it does not make sense. Like what are you going to do with those pictures? One mass text later and all your dirty little secrets (literally and figuratively) could be out for everyone to see. A sextual relationship leaves you nothing more than bare and unclothed. 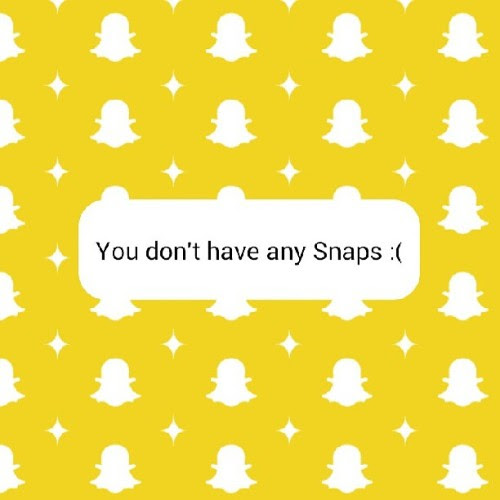 When I found out snapchat is actually for sexting I was like whatever. What is ten seconds of boob tape and a belly button supposed to do for you. If you really put your phone in your pants and take dick pic that's representative of your sexual prowess, as in you'll last 10 seconds just like your picture. Snapping an allegedly sexy picture of you in lingerie or nothing but underwear in a dirty bathroom (toothpaste on the mirror, poop stains in the toilet, mold in the shower) is not attractive, like at all. Sexting may be even worse. Once you send our your bare essentials bod, you never know who all will see what you're working with. When it's out there, it's really out there. The Internet is not a forgiving place. Every high school show has had a sexting scandal episode, someone's entire life is ruined because they're would be private message gets sent to the entire school (BTW, who has the every single kid's number at school - I couldn't stand most people). Have you learned nothing from Degrassi? You're the keeper of your own body, so why would you exploit it? It's up to you whether or not to press send. It's all just too much. There's twerking, which may or may not be explicitly sexual but it definitely can get your mind going. Nowadays vine is all white girls trying (and failing miserably) to twerk. The saddest part is dudes ("Man Twerk") be doing the same and beating girls, but why? I have to give it up to @Dem_White_Boyz on vine because they be killing it though. Keep the rump shaking to a minimum especially if your ass hasn't been endowed with twerk capabilities. Then there's sex tapes - let grown folk do that. It seems like really weird, why would you video tape yourself having sex, for the memories? Your home videos should not involve you nude and in the most compromising of positions. In college, I've heard rumors of people setting up hidden cameras of their conquests to capture they're sexual encounters. That's so messed up and creepy as hell. You could literally destroy someone's reputation with that. Get that crap outta here. Your wannabe Ray J and Kim K stardom will never happen. Last but not least, phone sex. Please don't make those noises into your phone, and that's obvious (Chris Delia face). That seems so awkward, even over video chat exposing yourself seem cold, impersonal, and an incident waiting to happen. Keep your clothes on, your phones pocketed and all video cameras off. To sext or not to sext seems like a no-brainer.

Sexting Rules to Live By (who'd of thought I'd be giving out tips on sexting but I said I would write about anything and everything)
*Can I just give a shoutout to Hit the Floor for being a flawless show, 9 episodes of perfection. Took it there every week, never a dull moment and that season finale yesterday was everything and more. Sex, betrayal, backstabbing, excitement, plot twists, reveals and cliffhangers. Teen Wolf yet again proved it's perfection with "The Girl Who Knew Too Much" - totally caught me off guard with the Darach reveal and Lydia as well. Also, I ship the hell out of Isaac and Allison, the angst is too much to ignore, and Sheriff Stilinski and Mrs. McCall. Shameless.

The 20s are all about getting weird, in the most normal way possible. Yeah, we've all got raging hormones but you've got to get it under control and get your life. If you're going to be trading sexts make sure you can deal with the possible repercussions. No hot sext is worth doing jail time or public humiliation. Ultimately the choice is yours, but you've been warned. To sext or not to sext.

My blog post question for the day is ... have you ever sent a sext? Hell to the no - all of this (*points to self) is a private show, and it must be viewed live, in real time, in living color.
College gross hot random relationships sex sext summer text twenties weird