May 10, 2013
Being a teenager is all about finding your place in your world. College is all about coming into your own, defining your life the way you want to and living up to the goals and ideals you set. It's your life and no one has control over it except for you. Anything is possible , dream big and chase your dreams down to the ground. This is never Neverland.

Sometimes I wonder if anyone else feels the same way as me when it comes to this whole growing up thing. I understand I'm a you g adult and I'm supposed to be conscious, mature and rational but I do 't always get that. I constantly feel like a little kid playing dress up in big people's clothes. I feel like a child playing pretend that he actually knows what he's doing. I feel out of place and that my young age (okay, I'm 19 and a half *the half is super important) shows. I don't really know where I belong or how I portray myself. Everyone else seems to just adjust, adapt and stay with it or appears unphased by all the debauchery and chaos that goes on around them. Me, on the other am like Nick Carraway (the book version not Tobey Maguire's unbearably awkward third wheel status in Gatsby), in that all this excess. Everyone else enjoys themselves doing whatever, drinking whatever ice and doing whomever they please (I implore you to forgive my crass speech) while I am visibly anxious, scared and uncomfortable doing nearly a thing I'm not used to. People just take off into the extravagance (aka the ratchetness or it all) and I'm left trying to process, assess and progress in an unwinning attempt at catching up. Everyone else seems to have changed, embraced the craziness of it all, and throw caution to the wind. They love college for exactly what it is, and they are shameless when it comes to showing it. I'm embarrassed to admit my fears and show my vulnerability. Shouldn't I have adjusted by now, become comfortable with the messy splendor of it all, and shaken the mindset that I'm a teenager waiting to be directed never say never in Neverland.

The past few days have been one huge discombobulating hot mess. It's been an extensive journey on the struggle bus into the city of struggle, population me, myself and I. Thursday for me was more studying, breakfast and taking my hardest exam (genetics - uhm, kids look like their parents, end of story). Afterwards I was in quasi-packing mode and it proved to be the most difficult thing I had to do all week. I said my goodbyes to favorite first year, surrogate little brother, close friend, baby-Sam and a few other people in passing.The night came way too fast and my old roommate, Patrick (aka baby Bear, Krabby Patty, PC and all the other childish nickames I came up with for him), stopped be and Sam, Brendan, and I joined him for a late night run to KKDs (Kountry Kart Deli). Everybody downtown was a sloppy sight to see, people were running around, screaming, dancing in the street, smoking cigarettes like it was going out of style, and swaying around drunkenly. I was more than not having any of it as we sat on benches on Church Street. I do not and may never understand the whole twenty-something hookup culture and rambunctious night life. I'm not about it at all. We finished up our food after people watching for a bit and retreated to the safety and kinda-sorta sanity of campus. It was then that I had to go supersonic with the packing and do the most. I made a call to my mommy and daddy (yeah, that's what I've always called my parents, and I will always continue to do so ... let's move on) to talk about my summer plans and let them know my flight would be arriving and instantly I was back in kid mode with that adult-child tonal relationship. I was instantly knocked out of where I was and resumed this idealized but carefully maneuvered verbal dance with the both of them. It's like nothing has changed, and me being in college means little to nothing. I understand that's just how some families interact, but when will I ever feel like we're on an even playing field? I packed way passed midnight and then called it a night. I knocked the heck out and went off to never neverland. 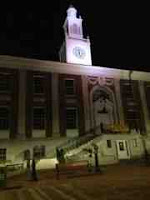 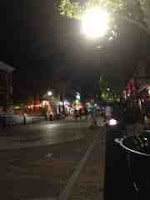 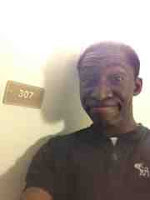 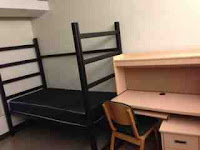 The last day on campus for any school year is always the weirdest. You're like halfway packed, so it's not really comfortable but then you're also kind of out the door so you're super excited. Friday morning for me meant waking up and hitting the packing tape, folding and sorting things like nobody's business. I'm a crazy organized kind of guy (perfectionist ... what else would you expect) and it still literally took me from 8am to 5pm to pack. The worst part was when I was done and looked back to realize that my life could be packed up in boxes and moved around, there's something so disgruntling about that. I had to do a final load of laundry for my sheets and towels and what not and that was one of the many ordeals of the day. Everyone was in this mad dash to chuck the deuces, hit the peace signs, and GTFO of here. People's parents came to them and it was a hectic blur. I bid farewell to Dzenan and Nicholas and to Sam before she took her last exam and dipped out. I finally finished packing after Brendan left and soon Patrick came to save the day and help me make moves. Box after box, item after item, we lifted and roleld on out. I said siyanora to Tyler and Niklas and my wonderful RA, Sonia. Patrick and I dropped most of my stuff off at his house and sat down to dinner with his parents and their foreign exchange student, Antoine. It was good to see and hear from all of them, I always feel at home when I'm there. We returned to get the rest of the stuff, clean that mad dusty room and pick up Patrick's friend Hazel. Off to the movie theater to see Gatsby in 3D. Let's just say it was a juxtaposition of excess and awkwardness. Colorfully lackluster in every way, except the shining beacon of hope was Leonardo DiCaprio as Gatsby himself. See if to yourself and form your own opinion. Back to campus and then into the burbs and it was bed time. And it was all over, never neverland here we come.

Being a teenager is all about feeling comfortable wherever you are. It's about letting go of your childhood and growing up a little. It's about understanding how far you've come and looking towards the future. Someday you just wake up and you're different. You've come into your own and you just understand everything and everyone around you differently. Off to never Neverland.

My blog post question for the day is ... what kind of relationship do you have with your parents? Minds the classic "my parents literally know everything" and therefore are correct all the time. At least now they let me buy things myself #pretendfreedom #independently-dependent.
College deep funny hot parents random Real silly summer teenage weird