January 13, 2013
Being a teenager is all about is all finding your groove again. It's about going back to where you belong and the place where everybody knows your name (wait, ewe - Cheers is for old people). It's about getting back to where you belong and figuring out your life once more. College is where you need to be and that's why you've got to rally your ambition and bring everything you've got. It's back to business.

The new semester has finally arrived which means it's time to lock it in and get ready to bring it. I'm talking giving it all you've got, no half-assing, no pretending and no bull-crapping. It's time to buckle down, get in gear and get it together. Like Jeremy Renner in any movie before he turns into a badass and unleashes a big ole can of whoop-ass on entire legions of people, get turnt up and go ham. In all seriousness, it's up to you to set the tone of the the semester and that starts with these first few days. That means attending your classes on time, paying attention, taking notes, introducing yourself to your professor (who doesn't love a class Minkus *BTW, whatever happened to the little nerd?), and getting a head start on the reading. Yes, I understand when it says "reading" on a syallbus we all tune out and pretend we don't have homework, but it's for your own good. Sometimes you have to do what you have to do and that's the end of it. Make an effort this semester to sort your life out. Plan your time wisely, like Timesplitters or Hermoine Granger with her newfangled timeturner may lead you to believe, time travel doesn't exist. You have to budget your time (appropriately), save getting rowdy for the weekends. Make a calendar and use it. Schedule your life out and follow it, deviations may lead to some fun random times, but it'll set you back in the long run. It's like those terrible American Pie spinoff (the Naked Mile in particular) - if you fall at the start, all your private parts will be trampled (please keep that image in your mind to motivate you). You've got to be a badass and get mean. Learn to say "NO" - that's my biggest challenge this time around. Turn people down, do it for fun and learn to love it - people's lives will go on and they'll manage. You'll be better off. Time to break out the sunglasses, swerve all the ratchet people and do your thing - back to business.

Want to hear about my journey and subsequent day of "nonstop go" for back to school (of course you, do - that's why you read this blog isn't it). So Saturday started out with me waking up out of only two hours of sleep from some messed up nightmares (like murderous crazy women on Lifetime scary) with all my clothes sweated out and panicky (recurring dreams are awesome, but not when they're bad dreams). It was off to the airport which is an hour away in Kentucky at 4am with my dad driving. As always, I was not having it and definitely not looking forward to heading back to school. I got the airport and had the nicest US Airways agent help me with my luggage, and she even complimented me saying that my driver's license had the best one she'd ever seen (photogenic, thank you). I went through security without a hitch, stopped by Starbucks and took a ride on the terminal train. I got to my gate and waited it out, and soon it was time to board. I took my seat, and magically no one sat next to me (best thing ever). The sun was coming up and truthfully it was one of the most beautiful things that I've ever seen (see picture below). I landed in Philadelphia and caught a shuttle to my next gate. People were falling (like grown people) when the driver would stop and I tried so hard not to burst out laughing. Time passed and I was boarding once again. I passed out on the plane and soon enough we were circling over Burlington, VT - the lake was frozen over in places and I couldn't believe I was there. All of a sudden the pilot starts dipping and the plane just goes down (I tried to pretend I wasn't panicking, but I was a sloppy mess) and we landed real nice - which was weird. I grabbed my luggage and waited for my suitemate Jimmy to pick me up. Back to the my res hall and there it was, same as always but half empty. Jimmy and I went to the men's basketball game (it was hilarious, the rowdy bros behind us bullied the other team with outrageous call outs - UVM dominated - Go, Cats, Go!) and from there I met up with my buddy, baby-Sam. We went downtown for dinner at Sky Burger and bro-bonded, he's hands down my favorite first year. We walked to the lake and took the bus back to campus. I was more than down with life with only two hours of sleep. I knocked out at 8pm (first time in literally years) and woke back up at midnight to watch Hidden Palms - back to business as always. 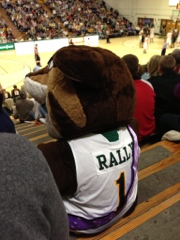 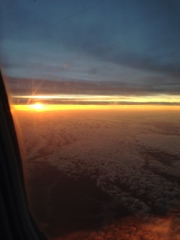 *Netflix has been my best friend this winter break (just want to take a second to shout it out and say thanks for the memories) and I discovered this cancelled CW show "Hidden Palms." All I have to say is that it is literally FLAWLESS. It's like PLL before everybody was lying, it has a sketchy murder, parent involved in the scandal and the everyday crazy happenings of teens (plus people are rich) and everyone is good looking. Have you seen Amber Heard (like a TV Scarlett Johansson, oomph) - with Taylor Handley and Michael Cassidy, definitely worth checking out even though there's only 8 episodes.

﻿
Being a teenager is all about getting it together and heading back to school. It's hard to believe, but your time away from your current "life" (if you can call a pseudo-society of drunken, researching co-eds life) is done. Bring it back and get ready for another semester. But that's it, it's just another semester - which means you can do with it what you may. The choice of how it turns out is entirely up to you.

My blog post question for the day is .... what are you most looking forward to back at school? Yeah, it might be the place where souls go to die for some people, and it might be the best place on Earth (don't be a Cappie, all kids go grow up) - but I'm excited to plan some more RHA programs and go back to being a semi-campus celebrity and a total (in my mind) socialite.
airport College food friends School sports teenage travel winter break