How Much Is That Joseph in the Window

June 14, 2011
Being a teenager is all about counting down the days until your birthday. Today, is my 18th birthday and it's a major step in my life for sure. After all these years of teenagedom, I've made it to one of the biggest days. I've like reached like legal adulthood. Apparently, it's time for me to like grow up and what not, but y'all know that I'll always been a teenager at heart. It's time for me to take y'all through a walk in the day of my life and get a glimpse of my teenage dream birthday party. People who say that money can't buy happiness, probably don't have money. I wouldn't say I'm spoiled, but now that I think about it, my money spending habits might be a little outrageous. For this past party, I spent about $200 on water balloons, Popsicles, soda, snow cones, bubbles, chalk, ice cream and candy. It's time for you guys to ask just how much is that Joseph in the Window. 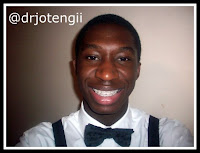 Sunday, I came up with the idea to host a throwback party and let everyone be a little kid again. Let me tell you, it was absolutely freaking out of this world awesome. It was hands down the best birthday I have ever had, out of all the years of my life. You know you're happy when you can just sit by yourself afterwards and literally just smile because your day was just that awesome, you've made it. My friends are the best, like without them, my life would not be what is is now. I can't even believe how amazing they are. I'm fortunate just to have met them. People who truly care about me and my well-being, my happiness, and my entire life, that's rare nowadays, and if you can find friends who will go out their way for you, and you reciprocate for them, you might be the ultimate teenager. Birthdays aren't decided by what you do, but who you do it with. Your friends can make or break if you have a good time, most the days of your life. That means you need to get some sweet ones, some chill ones, and some wild ones. My friends and I run train, go ham and get it in whenever we go out or stay in. I know I'm a mess when I loose my voice from laughing. Who else can do that to me? They've bought me off. How much is that Joseph in the Window?

So I went hardcore Krogering (the local supermarket, used a verb) and my cart was legitimately overflowing. I was texting and driving (my cart) and I ran into some signage, completely knocked it over and it was super awkward. I went through the checkout line and the swipper person, shat, what's the word, yeah the cashier lady like grilled me and thought all the stuff was for like a little kid, I was like, "it's for me" and she was like, how old will you be, I was like "I'm 17 and 51 weeks right now, so I'll be 18" - everyone in the line just laughed. I spent the next day getting all the stuff ready for the birthday bash. Woke up early as eff in the morning, and started filling up water balloons. Those things might be ridiculous as heck. I literally changed clothes 4 times yesterday just from being wet. Filling them up is one thing, the little water monsters are just difficult to tie. I was for real bleeding just from the plastic cutting in my index finger, and my finger nails. I was just sitting in my house, all alone, jamming out to some Shane Harper, and Jesse McCartney, thinking, my life might be absolutely ridiculous as of now. I tied about 400 balloons, and it took me half a day, but it was so worth it. I spread out all the candy, and readied my arsenal (I mean, like actual army) or frozen goods. I bought a snow cone machine, like who does that. I'm just saying, how much is that Joseph in the window.

The day just churned along and I decorated the outside of my house with chalk and bubbles. Let me tell you, those Crayola colored bubbles might be flying death. Those things stain like none other, it was like I bled pink and blue all over the sidewalk. I made everyone sign their name in chalk on the sidewalk, which was super cool, and then they had to blow bubbles before coming inside. We went outside and did and egg toss. It was literally hilarious. The eggs went flying and the yolk and whitey, weird, gooey and shell splattered like a bomb went off. I was geeking out, and the entire time I had a huge smile on my face. From there, we played a rousing game of hopscotch, with 18 steps (symbolism, suck it English teachers) - with a spin thrown in there. Afterwards we had a race, we stuck big balloons under our shirts, effectively resembling 7 1/2 month pregnant women about to give birth prematurely and ran a course. It was quite possibly the funniest thing I have ever witnessed. Gargantuan balloons were bursting everywhere and I was laughing up a storm. We went inside right quick for snow cones, all I did was frappe some cube ice and mix with 7 up, and then added the syrups, and it was good as hell. More people showed up, and we played a rowdy game of capture the flag, complete with tons of yelling and bandannas for flags. Another pregnant race and we were interrupted by the water balloon fight breaking out. That war was amazing, over 1000 balloons filled up and water guns too. It was absolute chaos, it was a catastrophe and it was crazy beautiful. I got a whole bucket of ice cold water poured on me, could not see for like 5 minutes but it was just so cool. Our battle spilled out into the street, all of us yelling, running, spraying water everywhere. When they bounce off and just blow everywhere it was geekable. Pouring entire coolers of water with egg mess mixed in, hose used to rinse us all down, and everybody was soaked to the core. I'm talking my skin, as in my freaking boxers, and everything else was wet, even the bandannas on my head and leg too. It was the greatest thing I quite possibly have ever done in my entire life. My friends are so great, they made my birthday party the best day, like ever. What does it take to make me happy, really little, a shat ton of candy, some bubbles, and danceable music. That's just how much is that Joseph in the window.

Being a teenager is about doing what makes you happy. I'm a sheltered, naive, just pretty much perfect little boy, but I'm always a self-confident, hilarious, empathetic and pretty much too cool to care classy kid. I've grown, changed, and really come in to my own. You may know me as the prom king, the best laugh, and a list of other things as well. I'm your blogger extraordinaire, and I hope you continue to read my posts as I keep them coming. I'm such a teenager.

My birthday blog post question for the day is ... if you could one wish for your birthday what would it be?
Uhm, I want my twitter name (@drjotengii) to trend worldwide, that'd be so awesome. I'd be like legendary.
birthday fun party summer teenage wild